Warning: "continue" targeting switch is equivalent to "break". Did you mean to use "continue 2"? in /home/oeuc8jpdlsvi/public_html/wp-content/plugins/revslider/includes/operations.class.php on line 2245

Warning: "continue" targeting switch is equivalent to "break". Did you mean to use "continue 2"? in /home/oeuc8jpdlsvi/public_html/wp-content/plugins/revslider/includes/operations.class.php on line 2249

Warning: "continue" targeting switch is equivalent to "break". Did you mean to use "continue 2"? in /home/oeuc8jpdlsvi/public_html/wp-content/plugins/revslider/includes/output.class.php on line 3161
 Combined Kenya & Tanzania safari – The Exclusive Portfolio 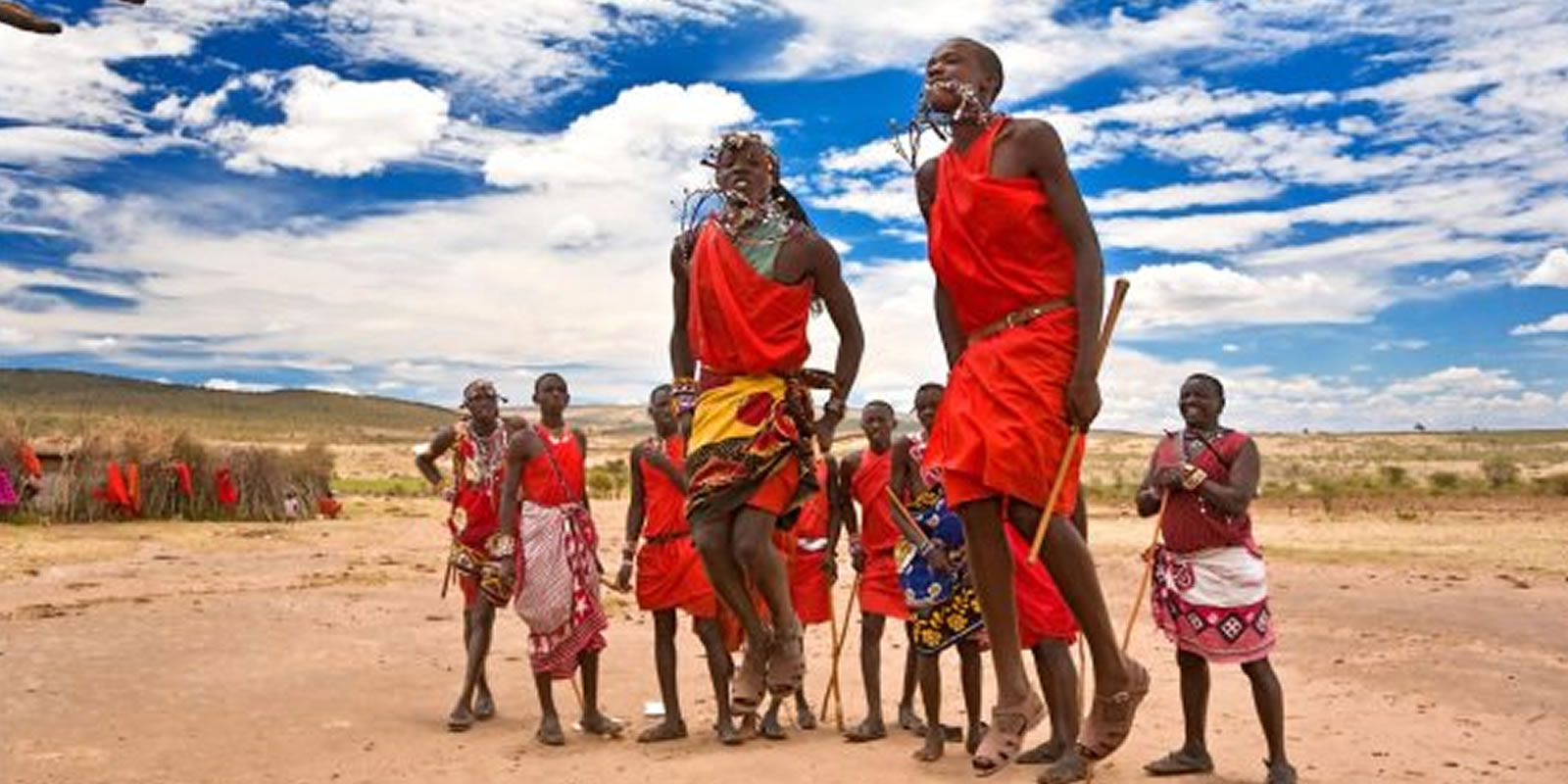 This program combines the best of Tanzania & Kenya with an original touch, crossing the border by Isebania by flight.

Overview of the regions

The Ngorongoro Conservation Area covers 8288 km2 and encompasses the volcanic area around the Ngorongoro Crater – including the still active volcano of Oldonyo Lengai and the famous Olduvai Gorge. Its centerpiece, the Ngorongoro Crater, is the largest unbroken caldera in the world and the first sight of it is breathtaking. The floor of the crater is only 100 sq miles but is home to around 30,000 animals with a high concentration of predators. The crater supports up to 25,000 large mammals. Grazers dominate: zebra, wildebeest – accounting for almost half the animals – gazelle, buffalo, eland, hartebeest and wart hog. Giraffe, for example, stay away because there is insufficient food at tree level; topi because they compete directly with wildebeest. An odd feature of the crater elephants is that they are almost exclusively bulls. Breeding herds – comprising large numbers of females and young with a few attendant older males – are probably unable to find sufficient quality food in the crater. Ngorongoro has carnivores in quantity, drawn by the large herds of prey animals. It has the densest population of large predators, mainly lion – about 100 – and more than 400 spotted hyena, living in eight clans of up to eighty individuals. Both lions and hyenas will scavenge from each other, depending on weight of numbers and of course, hunger. Most of the bird wildlife in Ngorongoro is seasonal. Also influencing the variety of bird species on display is the ratio of soda water to fresh water – soda water has the largest expanse of water on the crater floor, Lake Magadi. The lake is alkaline due to deposits of volcanic ash.

Between the Ngorongoro Highlands, Lake Victoria and Tanzania’s northern border with Kenya stretches one of the world’s last great wildlife refuges – the Serengeti National Park. The name comes from the Maasai “siringet,” meaning “endless plains”. The Serengeti’s 14,763 km2 contains about three million large animals, most taking part in seasonal migrations, unparalleled in nature. Twice a year, triggered by the rains, 1.4 million wildebeest, 300,000 zebra and 300,000 Thomson’s gazelle gather to undertake the long trek to new grazing lands. The migration of the herbivores roughly defines the boundaries of Serengeti National Park, which is the central zone of the Serengeti ecosystem, an area that also takes in Kenya’s Maasai Mara Game Reserve, the Ngorongoro Conservation Area and the Maswa Game Reserve in the west. Within this 25,900 km2 of varied landscape live thirty-five species of plains game and 500 bird species. The endless plains of the Serengeti lie 330 km North West of Arusha.

The Maasai Mara Game Reserve is famous for its exceptional population of game and the annual wildebeest migration from July to October – a migration so immense it has to be seen to be believed. Although not the largest game park in Kenya, is one of the most spectacular and most popular game reserves in Kenya. Rich in game, the rolling grasslands and acacia savannah have frequently been captured on film, with “Out of Africa” being the most famous. The reserve borders Tanzania and the two countries share the vast Serengeti plains, with wildlife free to roam between Kenya and Tanzania in search of food. The concentration of game in the Mara during the mass migration is mind blowing, and this is one of the few areas where you are likely to see all of the big five – buffalo, elephant, rhino, lion and leopard. In fact lions are ridiculously common and, you are quite likely to see them feeding on a kill during your visit. Other animals include cheetah, zebra, spotted hyena, black backed jackal, hippo, giraffe, eland and of course wildebeest.

Day 01: Upon your arrival at Jomo Kenyatta International Airport, you will be immediately met inside the unit by one of our guides. Should you not have your Kenya entrance visa, you may purchase this on arrival at a cost of USD $50 per person payable in cash. Each person will simply be required to provide a passport valid for at least 6 months past your arrival date, fill up an immigration entrance form and the representative will do the rest. On collection of your luggage he will escort you to your vehicle to transfer you to PALACINA SUITE, where you will stay one night on bed and breakfast.

Day 02: After breakfast, you will be transferred to the Wilson airport with picnic lunch to board your schedule flight to Manyara airstrip, via Kilimanjaro Airport, were our vehicle will be waiting for you. Transfer to EXPLOREANS NGORONGORO LODGE and afternoon at leisure. Dinner and overnight

Day 03: After breakfast descend into the caldera with picnic lunch for a crater tour. Besides the huge blackmaned lions, keep your eyes peeled for Rhino and after a final crater tour you will ascend the crater for dinner and overnight a t EXPLOREANS NGORONGORO LODGE.

Day 04: After breakfast you will depart towards Serengeti National Park with picnic lunch and game drive en route. Dinner and overnight at PIONNER CAMP.

Day 05: The Serengeti will always have an unsuspected surprise in stall for you….be it when you are out in search of the big cats, or even the unnoticed dung beetles whose contribution to this sensitive ecosystem goes unnoticed but is vital. Game drives, meals and overnight at PIONNER CAMP.

Day 06: After breakfast, you will be transferred to the airstrip to board your schedule flight to Tarime, where the airline will transfer you by road via Isebania border to Migori. Board schedule flight to the most famous park in East Africa, Maasai Mara. Our vehicle will be at the airstrip and you will be transferred to SAND RIVER MARA CAMP for lunch, before enjoying your afternoon game drive. Dinner and overnight.

Day 07 & 08: Enjoy two full days in the Maasai Mara and choose to do a full day or half day game drive or early morning and afternoon game drives to capture the best light for your photographs. Optional activities are balloon flight with champagne breakfast, visit of a traditional Maasai village. Full board accommodation at SAND RIVER MARA CAMP.

Day 09: Before breakfast you will have a final game drive en route to the airstrip for your schedule flight to Nairobi. On arrival to Wilson airport a vehicle will be at your disposal till time to be transferred to Jomo Kenyatta International Airport.